Why is SMS Marketing Essential for your Political Campaign?

Why is SMS Marketing Essential for your Political Campaign?

As the World is becoming more digital, so does everything shift into digitalised channels. Political campaigns are no exception to this trend as they have been using social media to run their political campaigns to get the supporter's attention.

the year. Looking into the past, at the time of Obama, he contacts to organize rallies and inform supporters and win strong engagement through media platforms.

SMS marketing has the power to shift the election of an election. When

everyone has the right to vote and you need to reach out to everyone, political text messages via social media are the greatest way to sell your campaign.

This article will inform you about the significance of SMS marketing for your political campaign. The following are the reasons why it is critical for executing politic-campaign signs.

The best SMS marketing approach for organising a campaign is a voting day reminder. Send a beautiful SMS reminding registered voters to vote on

election day. You may even provide a link that will take them to their polling place! In the run-up to the election, make sure to remind residents about early and absentee voting deadlines.

Millions of Americans remain unregistered to vote. Texting, regardless of political party or opinions, maybe an excellent way to encourage individuals to participate and exercise their 15th amendment rights. Use your voice and

political text messages to encourage voter registration. So, regardless of whether you win or lose, you've made a difference!

Candidates can use SMS marketing to recruit new volunteers from among their most ardent supporters, as well as communicate with them and raise funds for campaigns. Text message marketing makes it simple to collect information about consumers who have opted in. A political campaign can

use data like demographics and location to send segmented bulk messages to supporters in their area about volunteer opportunities, updates, and upcoming events.

Because the internet is so densely packed with information, fans may get easily distracted and miss event invites, as happens with social media. For

example, if you use Facebook, you are surely aware of how frequently groups and pages are mixed up. When it comes to political text message marketing, it is a very powerful instrument to send to your recipient without any distractions.

The campaign route fills your calendar with activities. The success of each is frequently tied to the number of people who can fit into the room.

Increase your chances of success by inviting supporters to rallies, town hall meetings, and other campaign events by political text message. If they are unable to attend, be sure to notify them of any significant media appearances that they will not want to miss.

We live in a mobile-first world where most users avoid TV and social media advertisements, and email systems automatically filter promotions and spam.

It's no surprise that political campaigns rely on a simple and inexpensive route to capture the attention of their target consumers. Although not

Around 5 billion individuals worldwide may send and receive text messages, and more than 200 thousand text messages are transmitted every second.

It's no secret that SMS marketing is one of the most efficient ways to contact and engage your target audience. In this post, we addressed how SMS messaging may be used in political campaigns to drive donations and voter turnout on Election Day.

Your keyword confirmation, which might be an SMS or MMS message, also provides you with an excellent opportunity to greet new connections straight away! 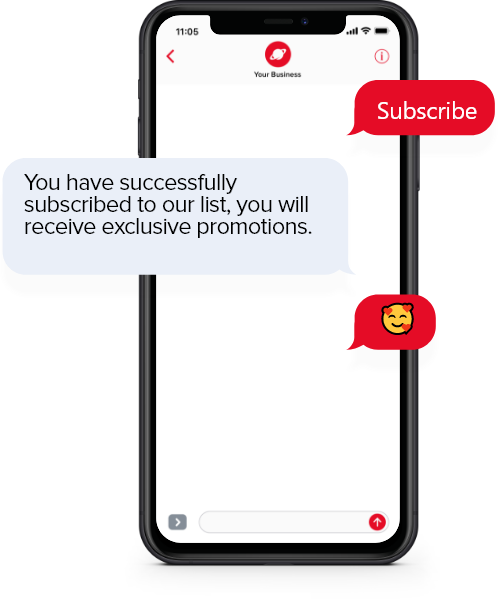